Having beaten others within their region and teams from Crest Academy, Little Ilford School, Mulberry Girls School, and Westminster Academy, Eden Girls Team ‘Edwise’ beat off the competition with their idea for an app which would revolutionise how supply teachers are sourced in schools.

Team Edwise now enter the final stage of the competition, progressing to the Enterprise Challenge Grand Finals in London on the 8th May. Here they will go on to compete against all other winning schools from respective regions including the North West, West Midlands, Yorkshire, Glasgow and London for the chance to become the national champions 2018.

Team Edwise were delighted to have won, saying: “A huge thank you to our mentors and our family for all their support and keeping us motivated. We’re going to smash the nationals!”

Keynote speaker on the day was Uzair Bawany, Director at Traydstream Limited was inspired by the caliber of the student’s proposals and enthusiasm saying “I was impressed that the business ideas the students had were so varied and that they were so clearly passionate about making a difference.” 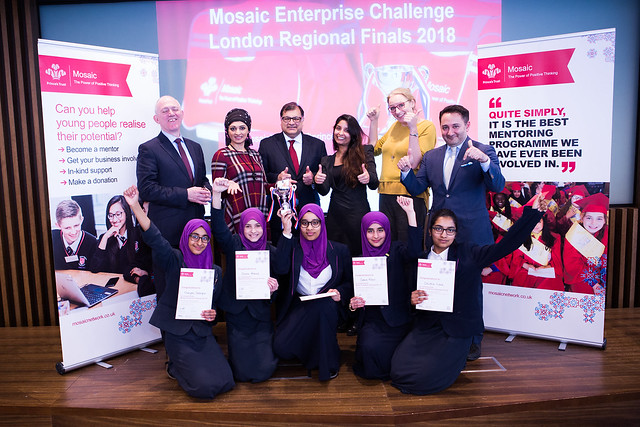