The team won over the judges over with their unique idea of scanning donated textbooks to create a revision resource for students at their school, before donating the books to a partner school in a developing country.

Impressively all finalists taking part on the day had beaten over one hundred other teams of students from other schools right across the South East to reach the final.

All 5 teams pitched their various business ideas Dragons Den-style to an prestigious panel of judges from various fields; including Soumen Das, Chief Financial Officer of SEGRO (who also served as Chair of Judges), Nabila Zulfiqar, Mosaic West Midlands RLG, Vanessa Johnson-Burgess, Director of Avaliexe, Brooke Greville, Entrepreneur, and Agnieszka Rudnik, a student at Skinners Academy and a member of national winning team of 2015.

Team Technowiz will now enter the final stage of the competition and progress to the Enterprise Challenge Grand Finals in London on the 16th May, where they will go on to compete against all other winning schools from around the UK, including the North West, West Midlands, Yorkshire, Glasgow and London for the chance to become the national champions of 2018!

Team Technowiz were left almost speechless by their win: “We’re still a bit in shock and can’t believe it! We thought that we would maybe make top three but never thought we’d actually win!”

Keynote speaker on the day Azam Jaafri, Entrepreneur and CEO of WeKnowYou, was inspired by the talent and enthusiasm of the students: “I was really impressed by the young people, who could really develop some of their sustainable business ideas through Mosaic mentorship. I encourage all the contestants of the competition to take full advantage of the opportunities the programme offers!”

The chair of the judging panel, Soumen Das also praised the students for their impressive pitches: “I couldn’t be more proud to be part of today’s event and I was so impressed by all the young talent and ideas which were put forward today!”

You can find out more about this fantastic programme and sign up to mentor on the 2018/19 cycle here. 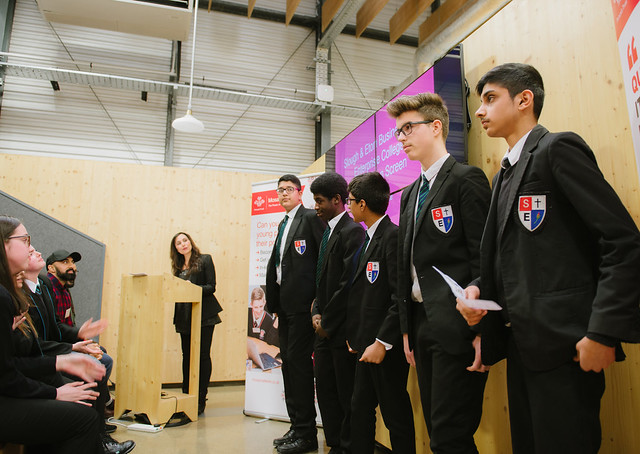