Mosaic has announced its Mentors of the Year for London and the South East during its annual end of year event celebrating another hugely successful twelve months of work in the region.

Khurshid Khan said: “Mentoring with Mosaic has been a hugely rewarding experience. I have enjoyed being involved with both the Secondary School and Enterprise Challenge programmes. I am delighted and honoured to have been named Mosaic’s London Mentor of the Year 2017. I’d like to thank Andri Ford at Little Ilford School, our Liaison there, for all the support she’s given us.”

The South East winner was Jag Sidhu, Corporate Client Director at HSBC, who has been mentoring with Mosaic since 2015. He started out on the Mosaic Primary School Programme at Alban Wood Primary School making a huge impact to the children and parents on the programme. While continuing as a Primary School mentor, Jag also decided he would mentor on the Enterprise Challenge at Eden Girls Slough this year.

“I am very happy and surprised to have been named Mosaic South East Mentor of the Year 2017! It is a huge honour and I would like to thank the Mosaic team for their support and above all the support from the Teachers and Children who have worked and contributed and ultimately benefited,” said Jag.

“I would encourage anyone considering to become a mentor to do so – it is an amazing experience.”

A special award was also presented to Dalia Abubakr of Skinner’s Academy in Hackney, who was named “Link Teacher of the Year”. Dalia has coordinated the Mosaic’s work in her school for several years now, including the two times that teams from Skinner’s Academy have won the Grand Final of the Enterprise Challenge.

The special celebration event was held at the offices of Hogan Lovells International LLP in London and featured a keynote speech from Mishal Hussain, a presenter on BBC Radio 4’s flagship Today programme as well as being a longstanding Mosaic Ambassador.

Mishal Husain said: “I have long believed in the power of role models and it is heart-warming to see the vital work Mosaic is doing. I hope more young professionals across the country sign up as mentors and see Mosaic as a means to inspire others to follow in their footsteps.”

Robyn Brown from the Mosaic London and South East team said: “It’s been another brilliant year for Mosaic in the region and it’s important that we take the time to celebrate at events such as this. I’d like to take this opportunity to thank the dozens of volunteers mentors who donate their time so generously to inspire and support young people across our region.”

Mosaic runs all of its programmes across London and the South East, namely its Primary School and Secondary School programmes as well as the Enterprise Challenge competition. 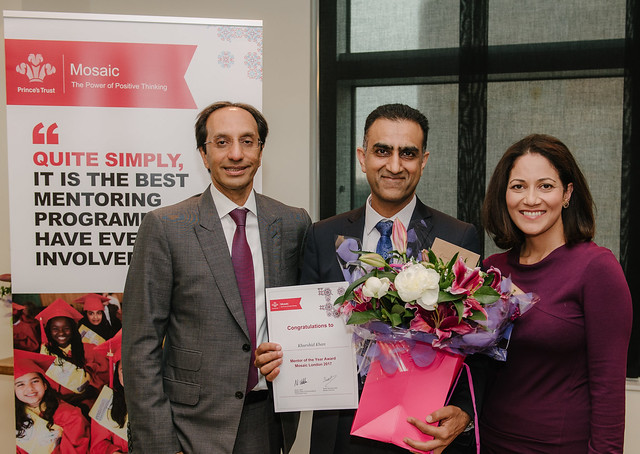