Yesterday saw the first of the five Mosaic Connect events running across this summer take place, kicking off the series in the West Midlands.

Mosaic supporters and guests were treated to an evening included special performances from four students from City Academy Birmingham, Fatemah and Samantha – who delivered special ‘Spoken Word’ performances, a musical rendition from Wiktoria and a story about her journey being mentored by Mosaic by mentee Amia.

The keynote speaker on the day was Broadcast Journalist, Ahmad Bostan who inspired the audience with his story and passion for mentoring.

Compere on the evening was Nabila Zulfiqar, Chief Adjudicator at Solicitors Regulation Authority and Mosaic RLG member, who said:

“It was really powerful to hear the performances from the students tonight and hearing the impact the programmes had in their Spoken Word performances. Hearing Amia talk about her journey really emulates and reaffirms the work that we do.”

Michelle Farmer, Director of the Central Region at The Prince’s Trust said:

“It’s so great to see lots of fresh faces! We’re only ever as good as our volunteers. Those you have had their success and now want to share that passion and ambition to help our young people meet their own goals and fulfil their potential.”

“Programmes like Mosaic at The Prince’s Trust really show young people that there IS a future to look forward to and everyone’s path to success can and is different. Everything I have done and achieved is because I have had role models of my own which is why I know the real value and impact a relatable role model has!”

These regional networking and celebration events aim at bringing together and connecting the different components that make the Mosaic Initiative and the Mosaic mentoring programmes at The Prince’s Trust such a success across the regions in which the programmes are run. 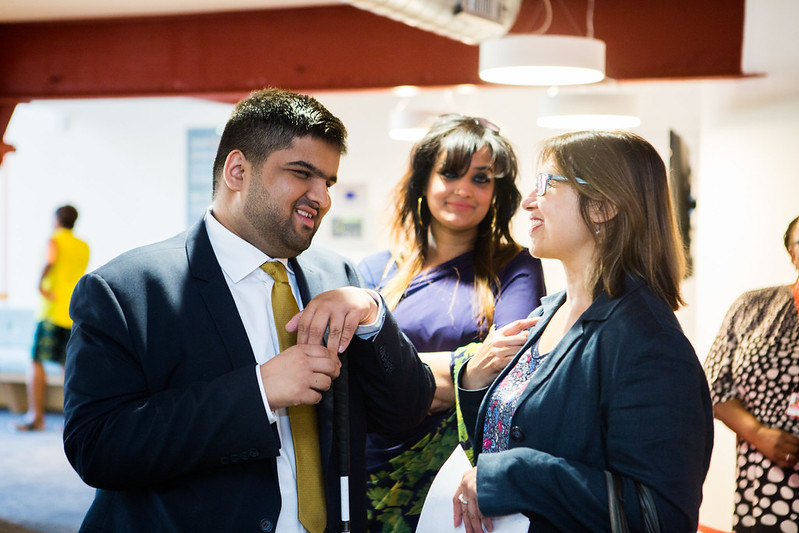