Mosaic’s Mentor of the Year is announced at special ceremony

A Birmingham City University employee has been announced as the UK’s ‘Mentor of the Year’ at a special event held in Doncaster.

Nasrin Akhtar, who is an Ambitious Futures Graduate Trainee in Leadership and Management at Birmingham City University, was given the award in recognition of her commitment to mentoring. Nasrin has mentored on 12 separate Primary School programmes led by Mosaic over the last four years. The programme pairs mentors from professional backgrounds with small groups of mothers and daughters in primary schools in order to foster higher aspirations and to challenge some of the cultural stereotypes sometimes associated with parental expectations of daughters.

She has also organised multiple ‘World of Work’ visits for students on Mosaic’s Secondary School mentoring programme. These visits give groups of young people, particularly those from more disadvantaged communities, the opportunity to spend a day with local, high-profile employers in order to encourage them to aspire to a rewarding career.

Nasrin said: “I have always considered volunteering with Mosaic as a blessing because of all the positive experiences that it’s given me. To win the Mentor of the Year award is a huge honour, but I volunteered with Mosaic just so I could make a difference to the lives of young people. That I’ve won an award for doing this is such a surprise and I’d like to share it with all the mentors and pupils that have inspired me these past few years. Volunteering with Mosaic is simply one of the very best things I’ve done with my life.”

Jonathan Freeman, Managing Director of Mosaic, said: “Nasrin thoroughly deserves this award and I must say that her modest reaction is typical of all of our mentors, none of whom volunteer for reasons of personal gain but because they care deeply about making a difference to the lives of young people. I heartily congratulate Nasrin and hope that her success inspires many others to give up a small of time to mentor with us.”

Mosaic’s Princess Badiya Mentor of the Year Awards are named in honour of the charity’s founding Chairman, HRH Princess Badiya bint El Hassan, a member of the Jordanian royal family. The awards recognise the highest standards in mentoring across Mosaic’s programmes and the grand final was held at the offices of DLA Piper in Leeds. 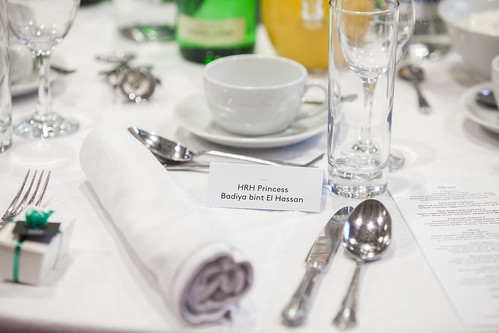