A young team of young aspiring entrepreneurs from Shawlands Academy in Glasgow won the Scotland Regional Final of our 2018 Mosaic Enterprise Challenge competition.

Having beaten others within Scotland and teams from Bellahouston Academy, Holyrood Secondary, and Woodfarm High School, Team Mastermind from Shawlands Academy beat off the competition with their idea for a new app which would connect pupils, staff and their local community.

Team Mastermind will now enter the final stage of the competition and progress to the Enterprise Challenge Grand Finals in London on the 8th May, where they will go on to compete against all other winning schools from respective regions including the North West, West Midlands, Yorkshire, Glasgow and London for the chance to become the national champions of 2018.

Team Mastermind were excited to have won the event: “We’re shocked that we’ve won! We’d like to thank our mentor, Mr Simon who has supported us all the way through the competition.”

Keynote speaker on the day was Umer Ashraf Malik, Managing Director of the iCafe Group. Umer said: “It was absolutely fantastic to see so many different ideas. The young people were so creative and it was inspiring to see how far they’ve come!”

Chair of the Judges, Varinder Dhaliwal was also highly impressed by the teams competing and diversity of their ideas, saying: “It was amazing to hear the different ideas the young people presented to solve the problems we face as a society as a whole. The students were so involved with their ideas and it’s eye opening to see the potential that they showed!” 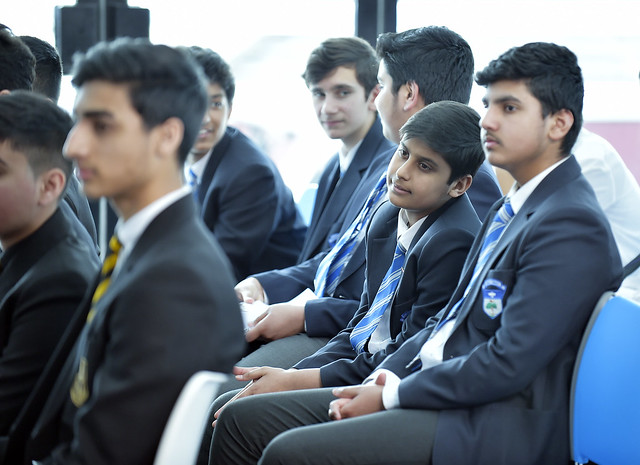